This week’s blog post is from Seren student Elin Roberts on her experience at the exclusive Jesus College summer school in Oxford she recently attended. 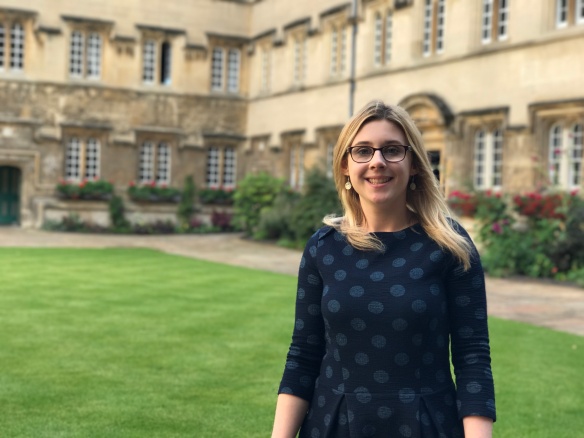 I remember as I arrived in Oxford on the train I began to walk briskly to the city, looking for Jesus College.  I was in awe with the picturesque city – it felt partly as a fairy tale land but it also felt as though I was walking through history.

I finally arrived at Jesus College. The large doors were a reminder of the doors of Hogwarts.

During the week I had the chance to have a taster of the Oxford life. I had the chance to taste everything from the academia to the city itself. I also had the opportunity to have a taste of different subjects within academia, subjects I had never thought of before. And more importantly I had a taste of Oxford’s unique teaching method by sampling numerous lectures, seminars and also having a tutorial.

The spectrum of lectures ranged from looking at exoplanets to the discussion of the future of global trade. I thought that this was fantastic because I was able to explore numerous subjects, most of which I never thought of before such as philosophical questions on the impact of technology and the potential existential risk. Another thing that I liked about this summer school was the fact that you could see the interdepartmental connections and as a results, could see how different departments collaborated together.  In the lecture on global trade it surprised me that global trade was worth $10m a minute but the poor countries only accounted for 0.4% of the industry. 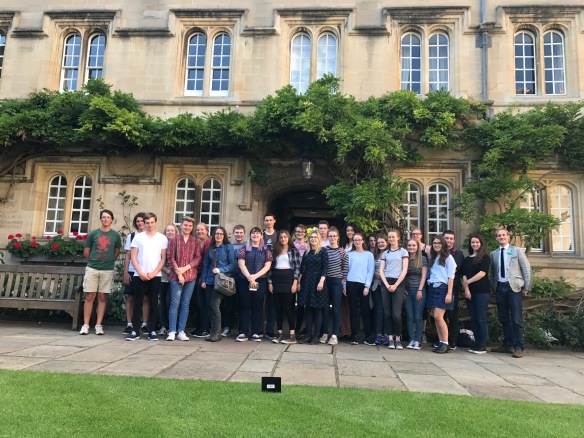 I personally thoroughly enjoyed the seminars because they allowed us to have a debate on various subjects. I really liked the fact that the seminars were primarily based on discussions that challenged us to think critically.  In the seminars we concentrated on different aspects of thinking critically.  I really enjoyed the seminar on #fakenews where we were read one story in three different newspapers. I found it interesting how a person’s political stance could affect the way a particular story was conveyed.

In another seminar we concentrated more on the use of statistics within documents and how they can be deceiving depending on the purpose of the specific document. I found this interesting because we looked at the prediction of the future economy. I have always been interested in politics but I have never really looked into economics and I am glad that I had the opportunity to do this at the Jesus College summer school.

As seminars were primarily discussions, I really enjoyed the tutorial because I was able to have a deep discussion on my essay but also discuss any other topics further. What I liked about this summer school was the fact that I had to write an essay, and learnt how to write it in the correct academic style. This skill will be useful in whatever I do – now during my A-levels but also within a career or at university.

As I walked around the college and the city I felt privileged that I was able to spend a few days at the historic university. I remember seeing the striking portrait of Queen Elizabeth I in the dining hall as we ate. Where else in the world could you eat while being surrounded by magnificent portraits?  I also enjoyed the opportunity to explore a little of Oxford. My favourite place was Blackwell’s Bookstore – the best bookstore in the world! It is a magical place where you’re surrounded by books. On the outside it seems rather small but in fact it’s like Narnia, with shelves and shelves of books.

If you do have the opportunity to attend a similar summer school I seriously suggest that you take the time to apply. The summer school has been one of my favourite weeks over the summer. Not only did I value the academic experience but I also valued the fact that I had the opportunity to meet some excellent people and create long lasting friendships. I would like to thank the Seren Network, Jesus College and Dr Matthew Williams for making this experience possible.